The Importance Of Hydrogen & Fuel Cells In The Global Energy System 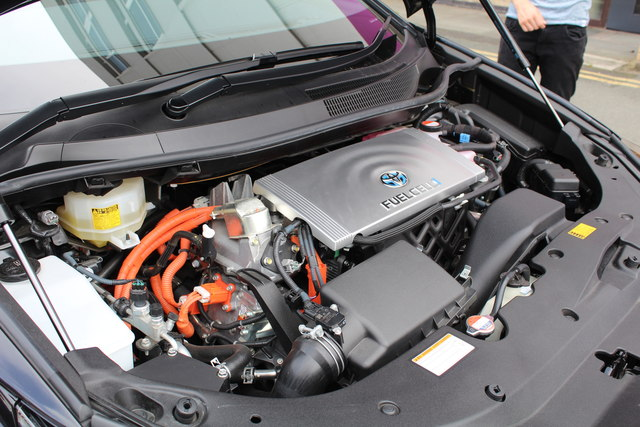 Hydrogen has a high energy density and holds to potential to be produced without emitting CO2. Hence, hydrogen fuel cells are the energy carriers of the future. The use of hydrogen through renewable energy is the answer for carbon reduction and combating climate change.

Fuel cells are somewhat comparable to batteries since they rely on a chemical reaction, for example using gas, within them to generate electricity. Hydrogen fuel cells typically work by passing hydrogen through the anode of a fuel cell, which leads to a reaction and splitting of the hydrogen and oxygen to force electrons through a circuit producing electricity.

Fuel cells have various applications, such the heating of buildings and more obviously, the powering of vehicles.

Fuel cells are quite easily portable and stationary units can be transported and integrated into existing heating systems. In the case of the automotive industry, fuel cells provide great promise but there are barriers preventing its full commercialisation and embrace from major corporations and manufacturers. Mainly the storage of hydrogen and hydrogen capacity to ensure a practical and meaningful enough range for vehicles to operate over long distances.

Government advisers around the world are urging a ramp up of spending and funding research to support the hydrogen economy and further advance development. Consumers are steadily adopting fuel cell technology for vehicles in particular. Japan and the state of California are also making great strides in fuel cell adoption and use. With so growing support worldwide, a price parity for hydrogen fuel cells should be reached in the near future.

For fuel-cell vehicles to grow exponentially, how hydrogen competes with gasoline is a crucial factor. As a starting point, passenger vehicles are arguably not as well placed as other mobility applications, such as ocean-going shipping, transport fleets and heavy trucks. However, if lowering carbon emissions and harmful atmospheric pollution is the goal, then perhaps the alternative applications aforementioned will have a greater impact on this goal and form the proof of concept needed to scale hydrogen across the board.

Although fuel cells are not as economically viable, they are not far away from being used at commercial scale. Given the high level of funding and research provided by both the public and private sector, the cost of fuel cells may soon start declining rapidly. Solar cells used to be quite expensive early on due to which they did not see widespread adoption in their early years despite their electricity generating potential. But as scientific advancements were made, solar cells became cheaper. Consequently, they are now used widely.

Along with the obvious advantage of low-to-zero carbon emissions, here are some other advantages of hydrogen fuel cells:

●       Durability – Another major advantage of fuel cells is that unlike batteries they do not wear out as easily. With daily use, rechargeable lithium ion batteries begin losing their charge storage capacity after a couple of months. Fuel cells on the other hand are much more enduring and reliable. As long as there is a continuous supply of hydrogen, fuel cells can keep working with little change in performance.

One major factor that has impeded the adoption of fuel cells is hydrogen production. Much of the hydrogen today is produced by processing natural gas. Unfortunately, this process consumes limited resources and also releases carbon dioxide – the very problem that fuel cells are meant to address. The answer to sustainable and low-carbon hydrogen gas production lies in renewables-based production methods. Renewable methods can generate clean hydrogen through the electrolysis of water and technologies such as PEM and SOE are being used at scale today and proving reliable and cost-effective in producing low-carbon hydrogen.

One of the biggest problems with renewable energy is storage. When electricity demand is less than the supply of renewable electricity, the extra electricity should be stored efficiently to be used later on. However, some of the current energy storage methods can be improved. Electrolyte technology to produce green hydrogen could well change that. Excess electricity generated can power the technology driving the hydrogen production which can subsequently be transferred in fuel cells to be used for peak shaving and reduce the costs linked to unplanned demand changes.

Hydrogen fuel and hydrogen fuel cell research are areas of high interest among government and private organizations due to the numerous opportunities and growing potential linked to hydrogen.

Governments and organizations around the world are calling for greater action against carbon emissions and favorable policies to encourage scientific advancements. Remedial action against carbon emissions will become a reality with breakthroughs in hydrogen fuel cell technology. Thus hydrogen fuel cells are the answer to a sustainable global economy and environmental safety.

With so much international ambition and commitment towards hydrogen renewable energy, hydrogen investment is worthwhile.

If you are looking into hydrogen investment opportunities, contact Pangea Strategic Intelligence – the world’s knowledge exchange specialising in energy, natural resources and infrastructure.